Yes, you read that correctly. It is science for breakfast! You’ve probably had French toast before, right? Did you know that there is a lot of science behind dipping bread in an egg mixture and cooking it up? Today you’ll learn about the science behind French toast and then try your hand at making some of the most delicious French toast ever!

Ever Wonder How Bread is Made?– Primary & Intermediate (K-5)

When bread stales it becomes drier and tougher, because more than losing moisture, the moisture is being redistributed in the bread. Just because bread gets a little hard doesn’t mean you have to toss it. You can use it in making something where it doesn’t matter if it’s a little drier or tougher. Enter French Toast! When you dip the bread in the egg and milk mixture, it absorbs the liquid and it becomes moist again. And this is just the beginning of the science behind French toast…

Eggs In cooking, we use eggs to hold everything together. As eggs cook, their proteins form a strong network. Eggs are need when making French toast to help set the milk. Without eggs, the milk would just me liquidy and seep out.

Milk Milk is easily absorbed by the bread, so it makes it softer. The milk proteins react with the sugars and gives it a slightly richer structure.

The Maillard Reaction So this reaction is higher level chemistry. It’s the chemical reaction that occurs between amino acids and the sugars when it is heated. This is what causes it it get brown and give off the smell.

Even though making French toast is very simple and doesn’t take a lot of time, it’s quit complex when it comes to what is actually happening within the bread and the ingredients. See, we always said that cooking is science! 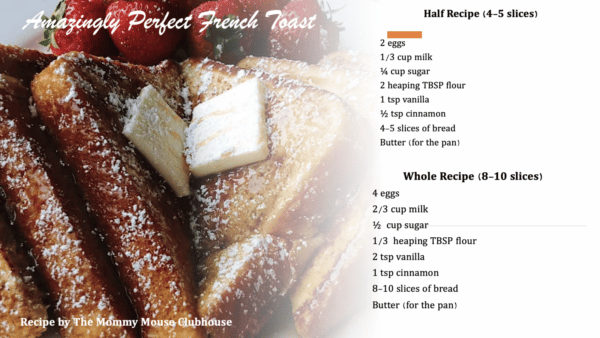 Now that you learned about the science behind French Toast, it’s time to make some. And I must say that this is some of the tastiest French Toast you’ve ever had! Here is the recipe. The whole recipe makes between 8-10 slices of French Toast. Today we’re making a “halved” recipe which makes about 4 or 5 slices. We’ll give you both recipes.

Ready to get cooking?? 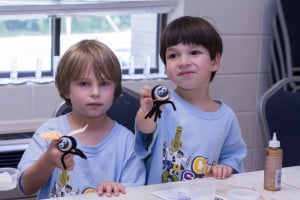 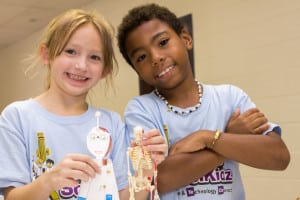 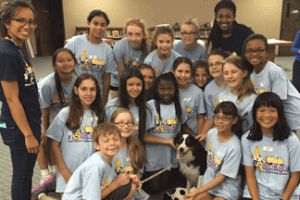