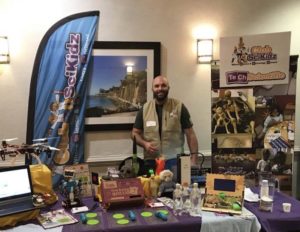 Hello, my name is Matt Bogusz. I moved to Maryland from the great state of New Jersey for college, and graduated from the University of Maryland in 2011 with a degree in Kinesiology. While at Maryland, I competed for the University of Maryland Wrestling Team where I realized my passion for teaching and coaching. I continued my studies at UMD and received my Masters in Education in 2012. I taught elementary school for several years in Howard County Public Schools and also coached varsity wrestling for four years at Long Reach High School. I joined Club SciKidz Md the summer of 2016 as a site director for summer camp and joined the Club SciKidz team full time in June 2017. Club SciKidz is such a great company that allows for me to pursue my passion of teaching science and impacting so many children in such a fantastic way. The best part of every day is watching the children’s faces light up during experiments. 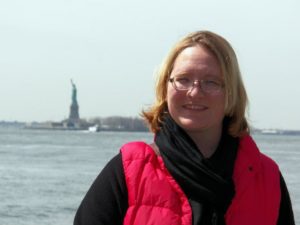 Hi, my name is Andrea Gibble. I’ve worked summers with Club SciKidz since the summer of 2014. In addition to my summer work with Club SciKidz, I taught elementary school with Baltimore County Public Schools for ten years and for four years at a private school in New Jersey before that. During that time, I served as GT Facilitator, a member of the School Progress Team, and was nominated for the Baltimore County Public Schools and local and county chamber of Commerce Teacher of the Year award. I earned my Masters in Education in 2012. My work with Club SciKidz turned into a full-time position in June 2017. I am passionate about giving children hands-on experience to learn and explore concepts and things they are learning. They learn so much more when they are engaged and actively participating in their learning. One of the things I love most about Club SciKidz is that our programs are built around giving children hands-on experiences and introducing them not only to science and technology concepts but to careers and paths to use those things in the future.

Do you want to be part of our great staff?